A popular question asked by fish hobbyists is whether fish enjoy being in their aquarium. It is a difficult question to answer, as we cannot directly communicate with them. A pretty good way to measure their happiness is by observing their behaviour in the aquarium. If an animal is stressed or unhappy, it is likely to exhibit unnatural behaviours. A normally active fish resting in the corner of an aquarium with rapid gill moments is likely to be stressed. Stress can be caused by many factors. Poor water quality, aggression from other tank inhabitants and their environment can all be sources of stress. Creating an environment that the fish finds comfortable is likely to help promote good health and happiness. 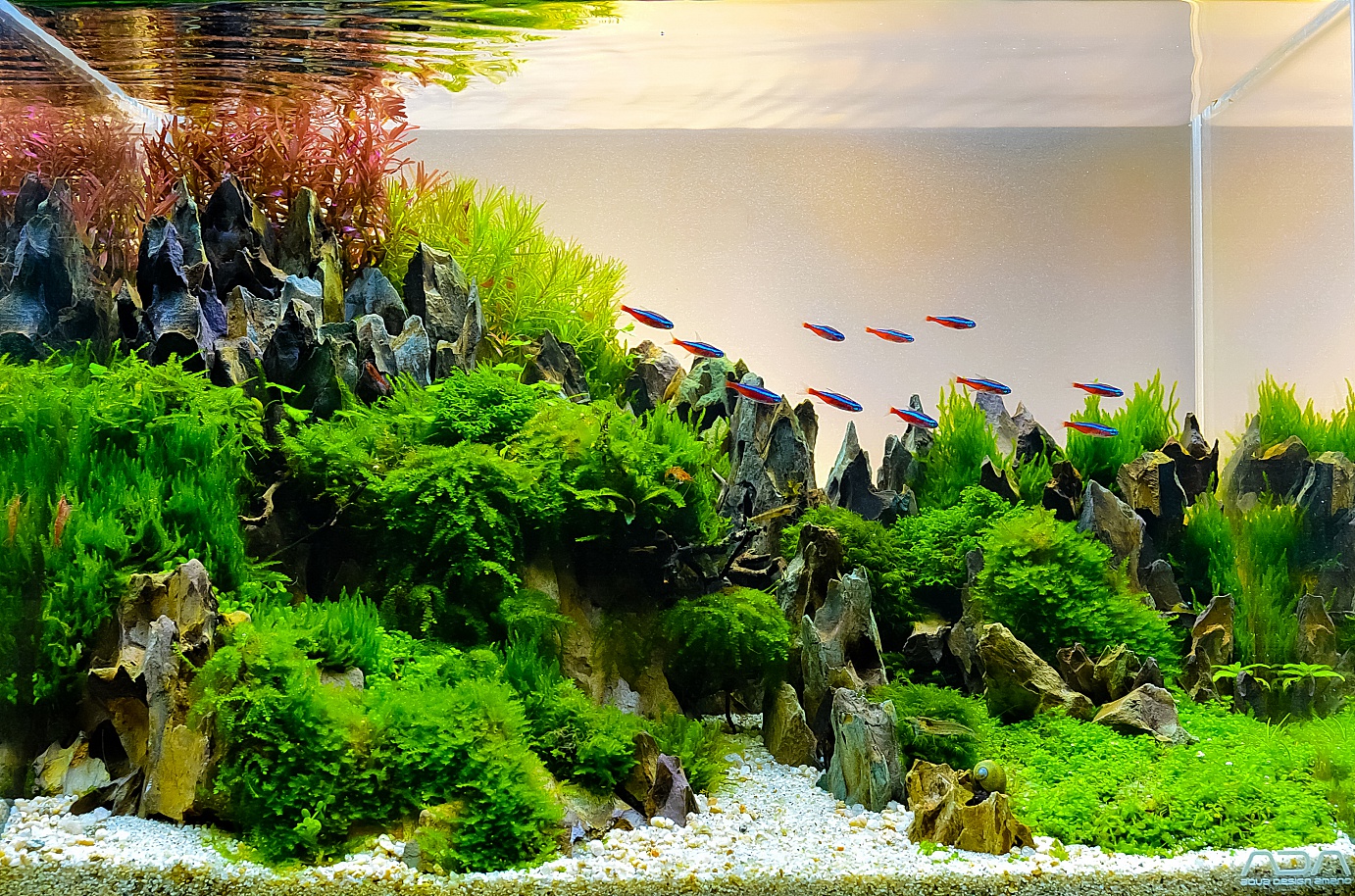 The debate on fish intelligence is still ongoing. The humble goldfish has become a mockery in the animal world for having a ‘two second memory’. The true memory of a goldfish is hard to quantify, but those who keep them as pets are witness to goldfish being able to remember when feeding time is. This is just an example of classical conditioning, but it certainly puts in doubt the ‘two second memory’ label!

Some fishkeepers who keep oscars ‘Astronotus ocellatus’ claim their fish can recognise their face. A study from 2016 demonstrated archerfish (Toxotes chatareus) were able to distinguish between human faces with a high degree of accuracy. The cognition to be able to tell apart human faces is surely a sign of intelligence? Arguably the most intelligent aquarium inhabitant isn’t even a fish. Octopus have shown high degrees of intelligence in public aquarium displays around the world. To stimulate them, aquarists give them jars to open, children’s toys to play with, and even ask them to predict sports results!

So how can you make your aquarium more stimulating for your fish? Re-creating their natural environments is probably the best solution. Lake Malawi cichlids, for example, will appreciate a rock stack to form their territories and fight off competitors. Angelfish and discus would prefer a densely planted aquarium with lots of shade and cover.

Artificial ornaments and plastic plants also provide a good alternative to natural environments. A fish is unlikely to care if the decor is natural or a bright pink castle. The important thing is that the fish recognises the object that offers it a form of protection.

Fish that build and defend territories will probably be stimulated by aquarium objects more than those that do not. Many species of cichlid will up-root and move around the aquarium decor to suit their needs. Ensure if this is the case that rocks and ornaments cannot collapse and cause damage from digging.

For betta keepers, a common stimulation tool is an exercise mirror. These are used to reduce boredom and exercise their long fins and operculums as the male fighting fish fights his reflection. Arguably, this also causes stress, so most manufacturers of these mirrors recommend only leaving in the tank for 5 minutes once or twice a day.

Feeding time can also be stimulating for fish! Live foods such as bloodworm and brine shrimp gives something for fish to chase and eat, recreating natural feeding techniques. Live foods are usually not a daily food source (unless the species requires it) but can be used as a treat once or twice per week. Frozen foods can also provide this stimulation, but just to a lesser degree as they do not give much of a chase.

To view our full range of products, click here.